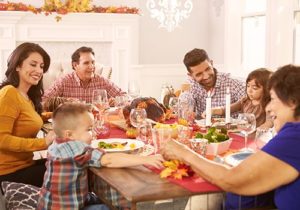 Thanksgiving is a time to reflect on the blessings we have in our lives. At Social Security, we are most thankful because we’re able to provide you with services, benefits, tools, and information to help you throughout life’s journey.

As more than just a retirement program, Social Security is truly a cornerstone for America. We proudly serve you online, by phone, and in person in our network of field offices. We are there for joyous moments like the birth of children and issuing their first Social Security card. We are there during times of hardship and tragedy, providing disability, spouse, and survivors benefits to the families of deceased workers.  And we’re there to help you celebrate your retirement, too.

Happy Thanksgiving, from our family to yours.

Are You Having Difficulties Accessing Your Personal my Social Security Account?