On Vacation- Social Security Is Still Here For You 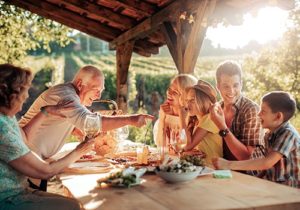 Summer is here and millions of vacationers are packing their bags to visit a new locale and soak up some sunshine. You might be traveling quite a ways. You’re used to staying connected to important information like your bank accounts and social networks, especially on the go. Social Security is there in the same way — easily accessible when you’re away from your home or office.

There’s also more you can do with your my Social Security account. We’re always adding new features and resources to make your life easier and give you greater control over your benefits. Placing the “Application Status” feature behind the my Social Security portal provides a secure service delivery channel that allows us to provide detailed status information about your claim without requiring a confirmation number.

With the new Application Status, you can see:

Whether you’re vacationing or on a staycation, Social Security’s online services are at your fingertips. With an easy-to-access my Social Security account, you can use our multiple online services while barefoot on the beach. How convenient is that? You don’t even have to put your lemonade down at www.socialsecurity.gov/myaccount.

Financial Literacy Month: A Perfect Time to Plan for Your Future

From Alessia to Zayn, Popular Baby Names on the Rise!