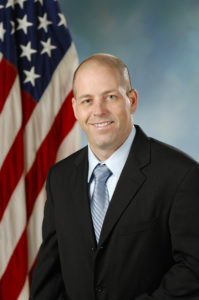 We are required to conduct continuing eligibility reviews for disabled beneficiaries every three years. This process requires that beneficiaries complete a Continuing Disability Review mailer to update information about their medical conditions and recent treatments.

We now offer an online option to complete this update and provide any supporting documents about your medical treatment or your work.

We designed this new form with convenience in mind—and to save you time. You can access the online form. (Use either Microsoft Edge or Google Chrome for the best online experience.)

You will need your Social Security number, your current address and phone number, and a valid email address to complete the form. Also, you must have received a request for an updated disability report in the mail.

Once you “Click to Sign,” you will receive an email from echosign.com asking you to confirm your digital signature. Check your junk folder if you don’t receive it within a few minutes. Your signature isn’t complete—and your form won’t be processed—until you complete the instructions in your email.

Please visit our blog for more articles—and our frequently asked questions page. Be sure to let your friends and loved ones know about this new online option.

NOTE: The mention of Microsoft Edge and Google Chrome is for informational purposes only and does not constitute an endorsement by the Social Security Administration.

Are You Ready for the Storm?

Lend a Helping Hand and You Can Make a Difference

You Can Help Us Enhance Our Disability Process