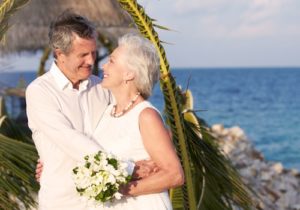 Whether it’s a morning ceremony or an evening gala, excitement’s in the air. It’s wedding season! A time when many couples officially tie the knot. Social Security is with you throughout life’s journey, we wouldn’t miss the chance to be there after your wedding.

If you’re getting married, along with the excitement of your impending nuptials, you may have some questions about changing the name on your Social Security card.

If you get Social Security disability or retirement benefits and you get married again, there are four ways in which remarriage may affect your benefits:

—  If you remarry before you turn 60 and that marriage ends, you may become entitled or re-entitled to benefits on your prior deceased spouse’s earnings record. Your benefits begin the first month in which the subsequent marriage ended if all entitlement requirements are met.

Also, your remarriage after age 60 does not prevent you from becoming entitled to benefits on your prior deceased spouse’s Social Security earnings record. Visit our Benefit Planners for more information.

518 thoughts on “Will Remarriage Affect my Social Security Benefits?”