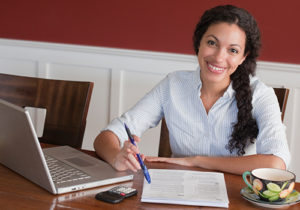 You’re a busy person! Today’s world is fast-paced and leaves you with a lot to juggle each day.

This is Simplify Your Life Week, and we’re here to help save you time and energy so you can spend more time on the things you enjoy.

What if we told you there’s a place that can help you meet many of your Social Security needs at once?

You can access many of our convenient and secure services online when you visit our Online Services page. In a matter of minutes, you can open your personal my Social Security account and view your earnings history in your Social Security Statement. The Retirement Estimator is another great tool to help find the best retirement age for you based on your earnings and your individual circumstances. This is a simple and quick way to see what you could be getting every month after you start receiving retirement benefits.

When you join the millions who already do business with us online, you can find out if you qualify for benefits. Then, you can get estimates of the future retirement, disability, and survivor benefits you or your family could be eligible to receive. After that, the next step is applying for those benefits electronically! In most retirement cases, that’s it. You don’t have any more papers to sign or documents to provide.

If you already receive benefits, you can access your benefit verification letter, change your address or phone number, and start or update direct deposit information.

Simplifying your life isn’t just about removing distractions; it’s also about improving your quality of life. Let us help you, whether you’re going through a major life change or you want to rest easy after seeing the options your future holds. Using our online services is just one more way you can make your life less complicated!

Expand Your Social Security Knowledge With These Four Terms

Outreach to Vulnerable Populations During the COVID-19 Pandemic