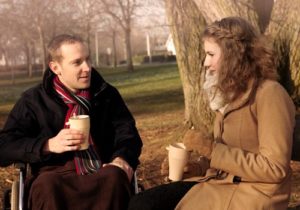 With the year coming to an end and the holidays upon us, I want to wish you and your family a healthy and safe holiday season.

This is a time of reflection for all of us. A time to embrace the season’s spirit of generosity and selflessness. We like to give to our loved ones and let them know how much we care. This year, while you do that, don’t forget to also show some love and generosity to yourself.

You worked hard all year. What happens if you get injured or become ill? Are you covered? No one likes to think about injuries or diseases but we must be prepared.

This holiday season give yourself the gift of quality, affordable healthcare. At Social Security, we believe that access to quality healthcare has a positive effect on health outcomes. Being prepared — by having coverage — is a major part of a healthier future.ghe

You should be covered, especially if you have a disability. Some people who apply for Social Security disability benefits may not have access to healthcare, which negatively affects their health and well-being. A good healthcare plan can provide you with the medical care you need until we make a decision on your claim. The good news is you can be considered for healthcare coverage even if you have a pre-existing condition.

If you or someone you know is not covered, please apply for health coverage now and get the care you need. I encourage you to visit healthcare.gov or call 1-800-318-2596 for more information.

Here’s to a happy, healthy holiday season for you and your loved ones. Let’s end the year on a high note. Be prepared. Be proactive. Apply for affordable healthcare today!

44 thoughts on “Generosity Begins at Home”