Hit a Homerun with Social Security 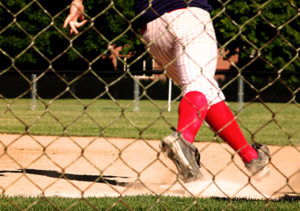 A home run is a highlight of any baseball game. The fans cheer with excitement to see a player rocket the ball into the stands. So, what are you doing to prepare for your retirement home run? Your goal should be to get past 1st, 2nd & 3rd base and make it home with a hefty plate of savings.

Social Security has many tools to help you achieve financial security.

Take the first step and visit www.socialsecurity.gov/myaccount. The benefit of having a my Social Security account is that it gives you access to your personal Social Security Statement, verification of correct earnings, and an estimate of your early retirement benefits at age 62, full retirement age of 66, and delayed age at 70.

We protect your information by using security features and strict identity verification to detect fraud. In several states, you can request a replacement Social Security card online. Find out if your state offers the service at www.socialsecurity.gov/ssnumber.

In addition to using your personal my Social Security account to prepare for a comfortable retirement, you can visit www.myra.gov. At myRA, you can access new retirement savings options from the Department of the Treasury. This service is designed for the millions of Americans who struggle with saving for retirement — it’s an easy and safe way to help you take control of your future.

Since myRA isn’t connected to any employer, it allows workers to hold on to it when they move to different jobs. myRA makes your money grow faster than a traditional savings account.

Having both my Social Security and myRA accounts in place, you’re guaranteed to hit a home run in successfully planning for your future. Learn more about all of your choices at www.socialsecurity.gov.

You and Social Security, Together for a Lifetime

Plan for Your Future During Financial Literacy Month