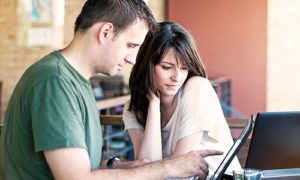 Every payday, you have Federal Insurance Contributions Act (FICA) and Self-Employed Contributions Act (SECA) taxes deducted from your paycheck. Nearly all of these contributions are used to pay Social Security benefits to more than 60 million retired, disabled, and widowed workers and their children, as well as to Medicare beneficiaries. A very small amount also helps pay for the work it takes to manage Social Security programs.

Providing Social Security services to the public is a big job. We have fewer than 64,000 employees in offices across the country handling millions of transactions yearly — taking applications, answering questions in person and on the phone, verifying benefit amounts, and reviewing appeals, among other things. The cost of doing these services is less than one penny out of each dollar paid in FICA and SECA taxes, which is a very good value.

Lawmakers in Congress decide each year how much money we can use to manage our programs and pay our staff. Because that hasn’t been settled yet, we’re operating under a continuing resolution (CR) with less funding than last year. This is not new for us. In fact, the amount we have to run our programs is 10 percent lower than it was in 2010, after adjusting for inflation. At the same time, the number of beneficiaries we serve has gone up by 13 percent. So, we have fewer resources to serve more people.

We made some difficult decisions because of these latest budget limits. During the past year, we began a hiring freeze that will reduce our staff to the lowest level since FY 2013. We use a lot less overtime now, which affects our ability to reduce critical backlogs. Over a million people are waiting for a hearing to see if they are eligible for disability benefits.

Today, we are taking another cost-saving step. We will mail fewer paper Social Security Statements. Paper Statements will only be sent to people age 60 and over, who are not getting benefits and don’t have a my Social Security account. This will bring down the costs of processing and mailing paper Statements by $11.3 million in FY 2017.

We know that our cutbacks will affect many of you, but we have no choice. We will continue to serve you and work for you as best we can. Congress has until April 28, 2017, to pass a spending bill for the full year or pass another CR. While we can’t predict our budget level for the rest of the fiscal year, we think there may be more bumps in our journey together. We’ll do our best to get through them so you will have a secure today and tomorrow.

Your Contributions Make Our Nation Stronger

Social Security When You Are Self-Employed

Tax Season — It’s About What You Know