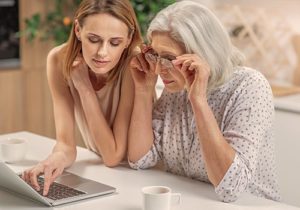 Social Security is with you through life’s journey, securing today and tomorrow for millions of people. We know that reliability and dependability is an important part of your financial security. We use the same throughout the month eligibility rules for the first month’s Social Security check through the last month’s check, so it’s easy to know when checks are payable.

If you meet all the requirements to receive benefits, Social Security pays your benefit after you have lived throughout the month. At 62, the first month many people are eligible for benefits may be in the month after their birthday. Social Security follows an English law that says you actually reach your age the day before your birthday. So, if you were born on the first or second day of the month, your first month of eligibility will be your birthday month. If you were born on any other day in the month, the first month you could be eligible to receive benefits will be the month after your birthday month. When starting benefits after age 62, people are eligible to be paid for the month they file, since they were previously age 62 throughout the month.

For example, if Michael is born on June 1 or 2 and is age 62, he is eligible in June, and the first month he will receive his benefit payment is July. If Michael’s birthday is any other day in June, the first month he will be eligible for benefits is July and his first benefit will be paid in August. If Michael starts benefits at age 63 and files in June, he can be paid for June in July.

Benefits are always paid the following month for all types of Social Security benefits including retirement, disability and survivors.  This does not apply to Supplemental Security Income (SSI).

Being eligible throughout the month also applies to the month of death of a Social Security beneficiary. To be eligible for the payment, the person must have lived all month long to receive the payment that comes the following month. That includes throughout the entire last day of the month.  Your survivor may be eligible for a payment for the last month and should contact us at 1-800-772-1213. For information about applying for survivors benefits, visit our website at  www.socialsecurity.gov/planners/survivors/howtoapply.html.

Understanding how the benefits are paid gives you a sense of certainty about your payments.

You’ll know how to plan when starting benefits and what happens to the last check. We continue to secure your today and tomorrow by providing the Social Security information you need.

201 thoughts on “Can I Keep This Benefit Payment?”