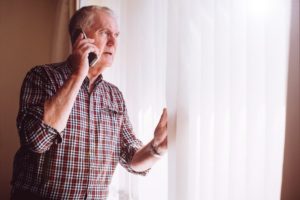 Social Security has zero tolerance for fraud; we are committed to detecting and preventing it. Our agency is diligent and proactive when it comes to protecting the information entrusted to us.

Since 1997, Social Security’s Office of the Inspector General has worked with other divisions within Social Security to establish the Cooperative Disability Investigations (CDI) Program. The CDI Program helps us identify, investigate, and prevent Social Security disability fraud before benefits are ever paid. CDI Units assist disability examiners in making informed decisions, ensure payment accuracy, and generate significant taxpayer savings, for both federal and state programs.

In 22 years, the program has grown to 46 units covering 40 states, the District of Columbia, and the U.S. territories. We have opened several units in the last few years as we work together to provide CDI coverage to all 50 states by 2022.

This week, we are proud to announce the expansion of this successful anti-fraud initiative. Three new statewide offices recently in Bismarck, North Dakota; Boise, Idaho; and Helena, Montana. In addition, the Puerto Rico office has expanded its investigative scope to include cases in the U.S. Virgin Islands.