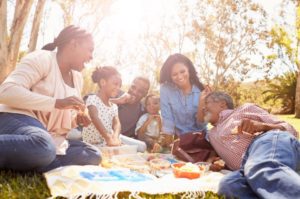 In February, our nation honors African Americans by celebrating Black History Month. Recognizing our shared history is one way we can affirm our belief in freedom and democracy for all. For more than 80 years, Social Security has helped secure today and tomorrow with financial benefits, information, and tools for people of countless backgrounds and ethnicities that make up our richly diverse country.

One of our popular tools is the online Retirement Estimator. With it, you can plug in some basic information to get an instant, personalized estimate of your future benefits. Different life events or choices can alter the course of your future, so try out different scenarios such as higher and lower future earnings amounts and various retirement dates to get a good prediction of how it can change your future benefit amounts. You can access it online.

If you find that helpful, we have a number of calculators to help you prepare for retirement.

We also pay disability benefits to people with medical conditions that could prevent them from working for 12 or more months or result in death. If the disabled person has dependent family members, they may also be eligible to receive payments.

Widows, widowers, and their dependent children may be eligible for Social Security survivors benefits. Social Security helps by providing income for the families of workers who die. In fact, 98 of every 100 children could get benefits if a working parent dies. And Social Security pays more benefits to children than any other federal program.

You can learn more about retirement, survivors, and disability benefits, on our website. Social Security is with you through life’s journey, helping secure today and tomorrow for you and your family. Visit us today.