Rockin’ the Labor Force – Your Stories 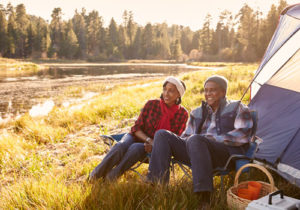 Labor Day is a turning point for many people. We consider it the end of summer because many schools fill with students in September. Also, many fall sports begin with Labor Day weekend.

Some of you may have celebrated the holiday by beginning to think about exiting the labor force — and beginning your retirement years. Individuals born in 1950, especially, may be thinking about it because they reach their full retirement age of 66 this year. Who are they, these folks born in the year Elvis Presley had his first job — as an usher at a movie theater?

These youngsters arrived the same year as several “firsts,” the comic strip Beetle Bailey debuted, the first laugh track was used on television, and the first 500-mile NASCAR race, the Southern 500, was run at Darlington Raceway in South Carolina. More of them were named James, Robert and John, or Linda, Mary and Patricia than any other names chosen that year.

What transition did Labor Day bring to your life this year? Social Security is with you through life’s journey, and its transitions. If you are thinking about retiring soon, visit www.socialsecurity.gov to get started.

Retiring Overseas? What You Need to Know About Getting Benefits Abroad