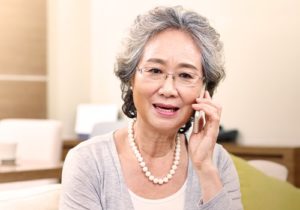 It’s the morning of a busy day at home and you get a call from an unknown number. You answer only to find yourself on the receiving end of a threatening message saying your Social Security benefits will stop immediately unless you provide your personal information. It happens every day to thousands of Americans.  And it’s not Social Security calling.

Scammers have many ways to lure their victims into providing information and then stealing their identities. Sometimes they call under a guise of helping you complete a disability application.

Protecting your information is an important part of Social Security’s mission to secure today and tomorrow. SSA employees occasionally contact citizens by telephone for customer-service purposes.  In only a few special situations, usually already known to the citizen, an SSA employee may request the citizen confirm personal information over the phone. If you do receive a call from one of our representatives, they will provide you with a telephone number and extension.

The Acting Inspector General for Social Security, Gail Stallworth Stone, urges everyone to stay vigilant of impersonation schemes and to not be afraid to hang up.

If you receive one of these scam calls or emails, do not provide them with any information. You should:

If you receive a notice from Social Security, please use the telephone numbers provided in the notice sent to you. You can also call 1-800-772-1213 or visit socialsecurity.gov for how to contact Social Security. Remember that scammers try to stay a step ahead of the curve. You can do the same by protecting your information.