Check Out These my Social Security Features in the New Year 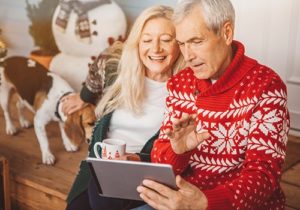 2018 is almost here! It’ll be a New Year. There’s no better time to tell you about the features we have in my Social Security. They not only save you time, but also put you in control of your retirement future.

Your personal my Social Security account is secure and gives you ready access to your earnings records, Social Security benefit estimates, and printable Social Security Statement. Those who already receive benefits can view their payment history, current status, and manage their benefits.

Social Security has also made replacing your annual Benefit Statement even easier. The Benefit Statement (known as the SSA-1099 or the SSA-1042S) shows the amount of benefits you received the previous year and is needed for filing taxes. Now you have the ability to download it using our online services. There’s no need to visit a field office. A replacement SSA-1099 or SSA-1042S is available after February 1 for the previous tax year.

If you don’t have a my Social Security account, creating a secure account is very easy to do and usually takes less than 15 minutes.

Putting you in control of your future is a key part of securing today and tomorrow. With my Social Security, we give you the power to steer your future in the direction you deserve.

Securing Today and Tomorrow for Asian Americans and Pacific Islanders