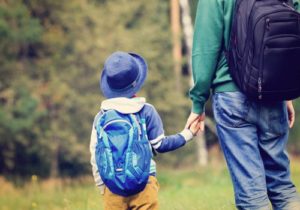 Father’s Day is a perfect time for focusing on health education and awareness, disease prevention, and family. Social Security encourages you to support fathers and friends everywhere in their efforts to stay healthy. The right balance of diet, exercise, regular visits to doctors and health care providers, and overall healthy living can go a long way to help everyone remain a part of your daily life for years to come.

Part of staying healthy and happy is reducing the amount of stress in your life. That’s where opening a my Social Security online account can help. Our online services make doing business with us fast and easy. At my Social Security, you can:

In some states, you can even request a replacement Social Security card online using my Social Security. Currently available in several states, it’s an easy, convenient, and secure way to request a replacement card online. We continue to add more states, so we encourage you to check where this service is available. Tell dad to check out the healthy amount of features we have to offer.

In addition to using my Social Security, there are a number of other things you can do online with Social Security. For example, you can use the Retirement Estimator to plug in different numbers, retirement dates, and scenarios to help you decide the best time for you to retire.

And when that time comes, you can apply for retirement benefits online at www.socialsecurity.gov/planners/about.htm. It can take as little as 15 minutes from start to finish. In most cases, once you submit your electronic application, that’s it, you’re done—no papers to sign or documents to submit.

Learn more about Social Security retirement benefits by reading our publication on the subject at www.socialsecurity.gov/pubs.

When you’re ready to retire, the best place to apply is from the comfort of your home computer, with some of your favorite music playing in the background. Now that’s a great start to a healthy retirement!