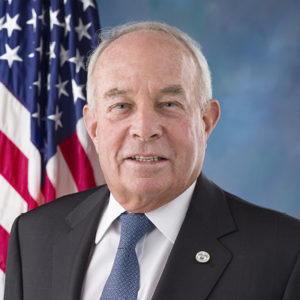 As we celebrate Black History Month, I want to share an incredible story. Back in the ‘60s, the Social Security Administration (SSA) played a vital role in desegregating hospitals in America.

On November 19, 1945, President Harry Truman proposed a national healthcare plan to Congress. He viewed healthcare as a basic human right, saying, “Our new Economic Bill of Rights should mean health security for all, regardless of residence, station, or race–everywhere in the United States.” However, it wasn’t until July 30, 1965, that President Lyndon Johnson signed the Medicare Act into law. President Johnson held the signing ceremony at the Truman Presidential Library, with President Truman and First Lady Truman looking on.

When the Medicare Act was implemented on July 1, 1966, many hospitals were still segregated, which did not align with the new Medicare law. If hospitals wanted to receive federal Medicare dollars, they had to desegregate. Social Security Commissioner Robert M. Ball coordinated a team of hundreds of federal employees and grassroots volunteers to ensure hospital compliance with desegregation. SSA employees walked through hospitals to verify that compliance. In a matter of months, the federal government took an important step towards ending the practice of segregating patients and doctors.

In an April 3, 2001 interview with the Social Security Historian’s Office, former Commissioner Ball remembered, “By the time we reached the deadline, we had 1,000 federal employees out in the field visiting these hospitals, because we had decided that we were not going to take anybody’s word for how they were going to desegregate. We were only going to let them in the Medicare program and pay them if they had actually desegregated. If in fact, we had inspected and seen it. That meant that in semi-private rooms in the South, for example, people of these two races who had been separate all their lives, were to be assigned beds as they came into the hospital. And if that meant a black and a white sharing a room, that was how it had to be.”

We are extremely proud of the role that SSA had in the Medicare Act implementation and hospital desegregation. SSA strives to continue this legacy by treating the public with fairness, equality, and compassion.

How We Review Your Disability Benefits

You Know What I Mean