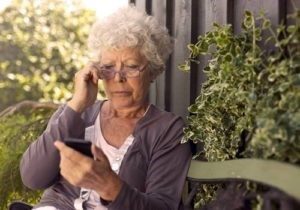 You know those robocalls from scammers that you keep getting on your phones? We get them at the Federal Communications Commission (FCC), too.

Scammers use a technique known as spoofing to mask their caller ID on your phone and disguise their identities to steal valuable personal information, including your bank account passwords and Social Security number. In one recent case, the toll-free number of the FCC’s Consumer Center was used to disguise the actual incoming call number.

We’ve alerted the public to the problem and have taken measures to prevent this from happening again. We’re aware that the same thing happens with Social Security’s phone number. Some callers may pressure you for personal information or immediate payment; others offer deals that seem too good to be true. The number of calls is daunting, but we are taking action to turn the tide against spoofed robocalls.

The first line of defense is consumer awareness. The FCC provides guidance about spoofing scams and robocalls, including consumer resources for call-blocking apps and other services. We also post timely articles on the FCC Consumer Help Center website to alert you to the latest scams and amplify consumer warnings from Social Security and other government agencies. Consumers can keep track of these alerts by following @FCC on Twitter.

We recommend the following tips to avoid becoming a victim of a call scam:

In its continuing efforts to help stifle malicious phone scams, the FCC empowered phone companies to aggressively block by default unwanted and illegal robocalls before they reach consumers.

It’s all about safeguarding the American public. We’ll continue to partner with Social Security, the Federal Trade Commission, and other federal agencies to get the job done.

Is that Phone Call From Us?