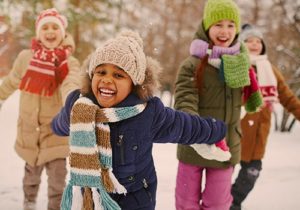 This is the season of caring. No matter your religion or belief, December is also considered a time to focus on the children we love. Whether we’re wrapping Santa’s gifts, buying Hanukkah treats, decorating the house in celebration of Kwanzaa, or volunteering for a toy drive, children add joy to the holiday season. And we at Social Security definitely know a thing or two about helping children.

If you wait to apply, you will have to visit a Social Security office and you’ll need to:

Remember, a child age 12 or older requesting an original Social Security number must appear in person for the interview, even though a parent or guardian will sign the application on the child’s behalf.

Children with disabilities are among our most vulnerable citizens. Social Security is dedicated to helping those with qualifying disabilities and their families through the Supplemental Security Income (SSI) program. To qualify for SSI:

Learn the details about benefits for children by reading our publication, Benefits for Children with Disabilities, available at www.socialsecurity.gov/pubs.

Visit www.socialsecurity.gov/people/kids to learn more about all we do to care for children. Caring for the next generation is a central part of securing today and tomorrow, during the holidays and all year long.

46 thoughts on “Social Security’s Gift to Children is Security”