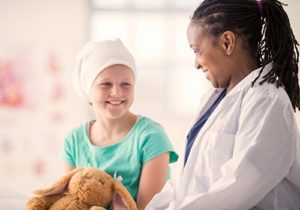 The effects of cancer on our society are devastating for those directly and indirectly dealing with the disease. Sadly, thousands of people under the age of 20 are diagnosed with cancer every year, and it remains the leading cause of disease-related death for children. We honor the courage of children who are battling the many forms of cancer, as well as the young people who lost their lives to these terrible diseases.

If you wish to apply for benefits for your child, you’ll need to complete an application for Supplemental Security Income (SSI) and a Child Disability Report. The report collects information about your child’s disabling condition, and about how it affects his or her ability to function.

Here are the steps to apply:

Social Security is here to provide benefits for the most vulnerable members of our society — including children with severe disabilities. If you or anyone in your family needs assistance, visit www.socialsecurity.gov/disability.

How Social Security and Sharsheret Help Women With Cancer

Celebrating Social Security and Building on Its Proven Success

Disagree with Your Disability Decision? We Will Take Another Look

Are You Ready for the Storm?