Seasonal Work While Getting Social Security 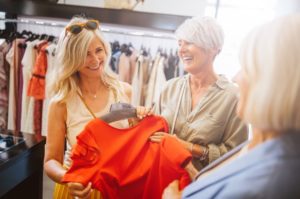 Many people pick up side jobs when the holiday shopping season comes around. It’s a good way for you to make some extra income during the busy season or ease back into working if you have been out of the labor force for a while. We’re here to help you navigate working seasonally if you get Social Security.

If you receive Social Security disability benefits or Supplemental Security Income (SSI), special rules also make it possible for people to work and still receive monthly payments. If you want to try working again, seasonal work may help you ease back into the work force. Read our publication, Working While Disabled: How We Can Help, or visit our Ticket to Work website for more information.

We also have an easy-to-share video introducing people to Ticket to Work.

Having a job can bring positive change to your life in a number of ways, providing independence, fulfillment, and community involvement. Social Security is here to help. Please share this information with friends and family.

Join the 19 Million People Who Have my Social Security Accounts