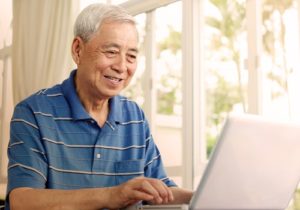 We’re with you through life’s journey, putting you in control of your finances and future. Social Security has made requesting or replacing your annual Benefit Statement even easier. The Benefit Statement is also known as the SSA-1099 or the SSA-1042S. Now you have the ability to download it anytime and anywhere you want using our online services. There’s no need to visit a field office.

If you currently live in the United States and you need a replacement form SSA-1099 or SSA-1042S, simply go online and request an instant, printable replacement form with a my Social Security account at www.socialsecurity.gov/myaccount.

A replacement SSA-1099 or SSA-1042S is typically available for the previous tax year after February 1.

If you already have a my Social Security account, you should access your online account and go to “Replacements Documents” to view and print your SSA-1099 or SSA-1042S. If you don’t have access to a printer, you can save the document on your computer or laptop and email it. If you don’t have a my Social Security account, creating a secure account is very easy to do and usually takes less than 15 minutes.

If you’re a noncitizen who lives outside of the United States and you received or repaid Social Security benefits last year, we will send you form SSA-1042S instead. The forms SSA-1099 and SSA-1042S are not available for people who receive Supplemental Security Income (SSI).

Securing today and tomorrow isn’t always easy, but Social Security continues to improve our customer service with easy to use online features. Visit www.socialsecurity.gov for more.

1,553 thoughts on “No Need to Visit a Field Office: Replace Your SSA-1099 Benefit Statement Online”