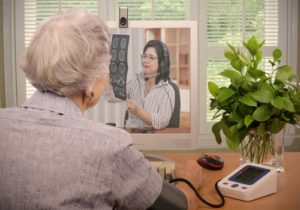 As we continue to reflect on the 60th anniversary of Social Security Disability Insurance (SSDI) this year, it’s worth noting some of the ways the program has evolved over time. A lot has changed since DI started in 1956! We continuously work to ensure our programs keep pace with rapid changes in medical care, healthcare delivery models, assistive technology, and workplace requirements.

We’re proud to live up to our mission to “deliver Social Security services that meet the changing needs of the public.”