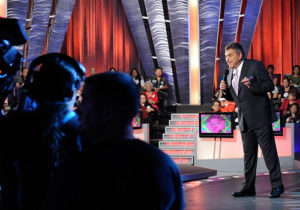 For 100 million viewers, it’s the end of an era. After 53 years on air, Sábado Gigante last aired on September 19. With fans in more than 40 countries around the globe, Sábado Gigante was the longest-running variety show in television history.

Don Francisco hosted his last Sábado Gigante, bidding farewell to the faithful audience, including people of different generations. Among them are adults who grew up watching the show with their parents and grandparents. Some of them are retired themselves.

Don Francisco holds a special place in our hearts at Social Security. In 2011, he joined our team in promoting our online services to our Spanish language customers!

If you’ve been thinking about your retirement, let Social Security guide you into retirement.

If Spanish is your language of choice, Don Francisco would tell you our online services make it easy for you to begin your Someday today!

As the curtain closes on the last Sábado Gigante, think of what you’re doing to take that final bow into retirement. It’s an Adios to the old working life and a Hola to a beautiful bright new future!

Let Us Help Jazz Up Your Retirement Plan