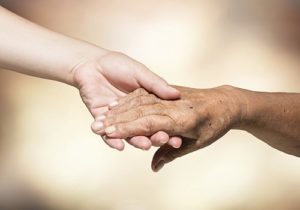 It’s been said that the true measure of a society is found in how it treats its weakest and most helpless citizens.

We celebrate National Good Neighbor Day on September 28 but we can continue this sentiment all year round by extending a helping hand to our nation’s homeless citizens, who may also live with a disability, by telling them how Social Security can help them through the services we offer.

Social Security can pay monthly benefits to disabled homeless people who have accumulated enough credits from work to qualify. They can apply online at https://www.ssa.gov/disabilityssi/.

Social Security can also pay benefits through the Supplemental Security Income (SSI) program, which is a needs-based program for disabled people who meet the financial guidelines, and who haven’t worked enough to qualify for Social Security disability benefits. They can apply online at www.socialsecurity.gov/disabilityssi/ssi.html.

At www.socialsecurity.gov/homelessness, there is also a link to local housing assistance and service providers who can help a homeless person file an application for Social Security benefits.

We also recognize that not all homeless people, or those at risk for homelessness, can manage their benefits on their own. That’s why we work to identify them and connect them with a representative payee. A representative payee is a person, agency, or organization that can receive and manage the funds we pay for someone who receives benefits. If you are interested in helping the homeless through the representative payee program, please visit www.socialsecurity.gov/payee.

Social Security is an active participant in the United States Interagency Council on Homelessness, whose mission is to “coordinate the federal response to homelessness and create a national partnership at every level of government…”

For more information on helping the homeless through Social Security’s programs and services, please visit www.socialsecurity.gov/homelessness.

62 thoughts on “Extending a Helping Hand with Social Security”