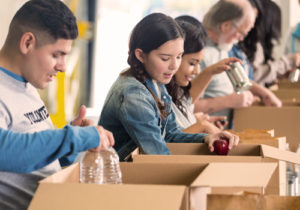 Natural disasters bring out the best in people. The ever-present generosity of Americans is front and center right now, as we try to help the victims of the Louisiana flood. Millions have given their time and donated to the relief funds and charities.

Unfortunately, times like these also bring out people looking to profit from others’ misfortune. For example, by creating fake charities and devising other ways to take advantage of donors.

Social Security commends your giving spirit, but we want to make sure your information is safe. We’ve cautioned you before that scammers use dishonest methods to gain access to your information. Charity scams are one of these schemes.

Charity scams can take many forms, including phishing emails that contain links or attachments directing users to malware-infected websites, which can damage your computer and put your information at risk.

The Federal Trade Commission is urging everyone to be careful when donating to charities that claim to benefit the victims of the Louisiana flood. When choosing a charity, you should do proper research to make sure they’ll use the money for what they say they will. You should donate to reputable charities sanctioned by the Better Business Bureau’s (BBB) Wise Giving Alliance.

Avoid phishing scams and malware on your computer by not opening emails with links or attachments unless you know who sent them.

Don’t fall victim to scammers looking to take advantage of your generous spirit. Our previous blog entry shows you how to stay in control of your information. For more information, please visit the Federal Trade Commission’s Consumer Information page and check out our website.

New Updates to Our Warning About Social Security Phone Scams

How You Can Help Social Security Protect Others

Don’t Be Misled by False Medicare or Social Security Ads